Life without Food: To Eat or Not to Eat Pt I

Legend of the Food Substitute

I was recently introduced to Soylent, a product and concept that turned out to be deceptively profound and has inspired me to really dig deep and question the foundation of my current beliefs.

Soylent is a “food substitute” developed by Rob Rhinehart in 2012, a twenty something programmer, in an effort to find a panacea to the issues surrounding food.

Without getting too much into the details, Soylent is essentially designed to be a bland (minimally stimulating) powder that is mixed with water into a viscous milky fluid that is supposed to be resource efficient and meet human nutritional needs while circumventing the cost, in time and money, associated with food along with the distraction of eating it.  The goal being to save the consumer more time and money while providing good nutrition, freeing up mental bandwidth, and having minimal environmental impact.  Although the product concept itself is not novel, the context surrounding its application is. 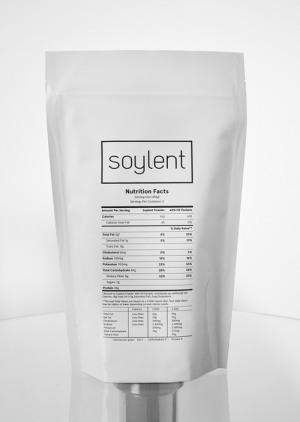 Rhinehart managed to raise over $100,000 within two hours of starting a crowdfunding campaign and millions in less than two years through investors.  His operation has now transitioned from a humble start in an apartment kitchen into mass marketing and mass production for a growing consumer base and what appears to be a cult-like following in “life hacking” circles.

Rhinehart’s accomplishment is impressive, to say the least, and he has proven, beyond a shadow of a doubt, that there is an enormous demand for his solution to the issues of food.  He appears to be rational and level headed, his intentions are seemingly noble, and his product raises some powerful issues about health, the Earth, and being human.

Hypothetically speaking, would you voluntarily stop participating in “food” and all its intricacies to, instead, consume a tasteless, synthetic “food substitute” if it improved your health, saved you money and time, could potentially solve world hunger, and help heal the planet?